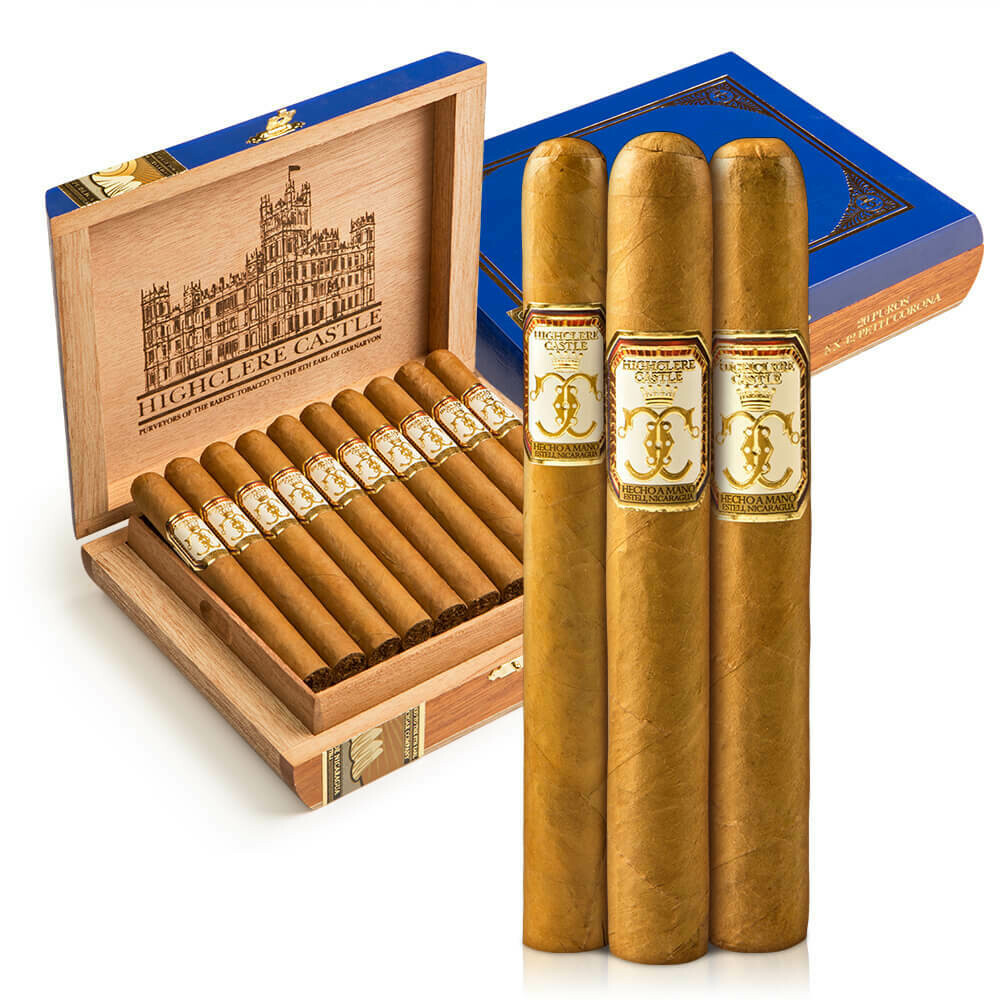 Highclere Castle is named after the famous British castle featured in Downton Abbey. But that’s not the only royal tie on this release from Foundation Cigar Company — the cigar is also blended and rolled under the watchful eye of the reigning king of Nicaraguan tobacco, AJ Fernandez. Though he’s normally known for his feisty Nicaraguan blends, here AJ shows his skills with mellower cigars.

Though the wrapper here is a fine Connecticut Shade, the Brazilian Mata Fina binder is the true star of the show. Toasting the foot on these perfect specimens, you’ll find a creamy core of tobacco, with notes of baking spices, nuts, and cedar. Highclere Castle is without a doubt the smoothest cigar from Foundation, so do yourself a favor and order a box ASAP.

Save this product for later
Display prices in: USD